This has been a question asked ad nauseam, “What is the salary level of the developers in Vietnam?”.

To clear the air and cast aside the veil surrounding this topic, the team at 9cv9 ran some numbers on our database.

First, let’s briefly set some context. Vietnamese developers are possibly one of the most sought after in the region, if not, the world. The acquisition of Misfit Vietnam by Fossil, a leading watch company in the world, shone some spotlight on the tech scene in Vietnam (Verge, 2015). Beside getting Misfit’s technology, Fossil retained the existing Misfit’s Vietnamese tech team and built up their tech hub in Ho Chi Minh City. Overall, this can be seen as an “acqui-hire” instead. This incident probably pave the way for many other multinational companies to look towards Vietnam to hire good quality developers and build up their tech hub.

For any tech outsourcing or offshoring decision, there is a need to factor in the developers’ salary level, which splits into a nice spectrum along experience levels, developer types, and work locations. For this study, the scope is experience levels from zero to five years and above, the general developer types such as frontend, backend and fullstack and locations in Vietnam of Ho Chi Minh City, Hanoi and Danang.

Overall, Fullstack engineers (those who are proficient in both the frontend and backend of the software application/system) earn 4% more than the Backend or Frontend engineers. In our sample size, the game developers earn the highest, with an average salary of around $2,300. This is probably their just rewards for putting together complex codes to feed our gamers’ addiction. The UX/UI design career path still lacks behind the coding and engineering one with the designers earning an average of $1,740, 10% lower than an average Fullstack engineer’s salary.

Developers in Ho Chi Minh City get the better deal overall, with an average salary of $1,778. This is not surprising given that the city is said to be more business friendly as compared to its counterparts of Hanoi, which is more bureaucratic due to the proximity to the central government, and Danang, which is more illydic and laidback due to the adjacent sea and beaches. As such, we have seen an inflow of multinational companies setting up their tech hubs and hire developers in Ho Chi Minh city, contributing to the 11% and 33% higher salary than developers in Hanoi and Danang respectively.

Generally, the more experience a developer has, the higher the salary will be. According to our data, the most experienced developers (5 years and above) earn an average salary of around $2,500. On the other hand, fledging developers (no experience) get around $460. On average, every increase in the experience band brings about a 50% increase in salary. This seem more than the usual, if we were to take the article by Dice Insights as a gauge (Dice Insights, 2016). In the article, it was mentioned that those new to the tech industry will see an increase of 9.8% year-on-year (“YOY”). For those jumping onto the 1-3 year experience bandwagon, the increase is around 24.3% YOY, and for those newly inaugurated into the 4-5 year experience and 5 years and above experience levels, the increase is around 6.3% and 6.8% YOY. Our data however, show the increase to be around 50%. Notwithstanding the location and time differences in our database and the article, we think this will be a huge incentive for developers in Vietnam to acquire more experience in their craft.

Our study was conducted with a sample size of 267 developers. While one might argue that this is a small sample size, we feel that the population is homogeneous enough for us to make some conclusion. That said, future studies can consider expanding the sample size to derive stronger conclusion.

The discussion on salaries is usually opaque and sensitive. In doing this short study, we serve to shed some light on the salary level of Vietnamese developers so that companies looking to hire developers in Vietnam will find it useful in the hiring process.

For more information on hiring and offshoring of Vietnamese Developers, email us at hello@9cv9.com.

Dice Insights, 2016. “how much will experience increase my salary”. Retrieved from https://insights.dice.com/2016/02/11/how-much-will-experience-increase-my-salary/ on 31st January 2018 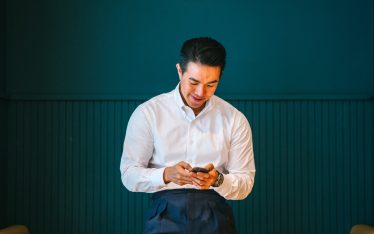 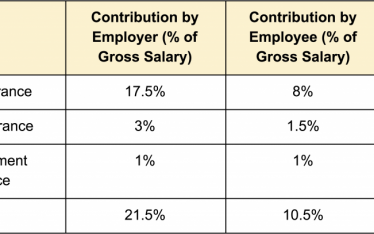